Please have a look at the ITV Border News item on the Mill by clicking here. Many thanks to ITV Border for producing this and allowing us to use it.

The mill is situated at the junction of the A69 Carlisle to Newcastle road and Little Corby Road, about 6 miles east of Carlisle. The mill in the past was known as Little Corby Mill and there has been a mill in Little Corby since at least the mid 12th Century. Robert de Vallibus, lord of the barony of Gilsland, gave Little Corby and Fenton to Alexander de Windsor, including the mill, and the fishery. He then gave part of the profits of the mill to Lanercost Abbey. Part control of the mill passed to Hugh de Salked of Corby Castle. Full control of the mill was eventually achieved by the Howards of Corby Castle. The Mill was rebuilt in 1802 for £750, with most of the present structure dating to a rebuild of 1839.

In the early 1980s the mill was entered onto the National Heritage List for England Register at Grade II* (the second highest category) due to its exceptional architectural merith and historic interest, particularly due to the fact that waterwheel, operational machinery, and millstones were all still in situ and the mill remained unaltered since Georgian times.

The mill was sold off in the 1980s to Mr W J Thompson of Warwick Bridge and continued to play an important role in local life, processing grain for local farmers to use as animal feed. The Corn Mill ceased working in 1989 when the last miller retired. The Mill was sold in 1990 as part of a development site to a housing developer. Once the new houses were built, it was sold at auction in 1995. There were a series of unsuccessful planning applications for conversion to residential use and there was a slow deterioration in the mill’s machinery and fabric, as it was never expected to work again.

Increasing vulnerability from deterioration and the uncertain future resulted in the Corn Mill being added to the Heritage at Risk Register in 2000 when the register was only a year old. Carlisle City Council approached Cultura Trust (then known as NECT) to see if it could acquire and save the Corn Mill from dereliction or redevelopment. The owners re-roofed the main building but the drying kiln roof was stripped and various rotten timber canopies and outbuildings were demolished. The catastrophic floods of 2005 undermined a store building over the tailrace, which had to be taken down for safety reasons.

The Architectural Heritage Fund in provided seed funding to the Trust to keep the prospect of restoring the Corn Mill alive, allowing it to work up proposals of a largely conservation based scheme to bring the mill back into use as a working mill over a five year period. These proposals led to a successful application to the Heritage Lottery Fund for a grant towards the overall project and enabled Cultura to complete acquisition of the mill in July 2015. So began the long process of raising the match funding and starting the renovations at the mill. With an overall project cost of just over £2 million, the Trust has been successful in raising over 90% of the total sum, thanks to grants from a range of sources including the Heritage Lottery Fund, Historic England, The Architectural Heritage Fund,  the RDEP Leader Fund, Cumbria County Council, Cumbria Waste Management Environment Trust, Arts Council England, and other private trusts and foundations. This has allowed the main building work to be undertake, along with the restoration of the milling machinery and waterwheel, as well as community engagement, education, and training activities Fundraising continues, but the initial commitment has allowed the start of the final phase of the project, more directly involving the local community and bringing the Corn Mill back to life.

In April 2019 Cultura Trust, who own and coordinated the renovation of the mill, held a public meeting. The meeting was to gauge whether there was enough local interest to form a Community Benefit Society (CBS) to lease and run the mill as a community bakery. A steering group of local volunteers was formed from attendees of that meeting to take this proposal forward.

Warwick Bridge Corn Mill Limited is the company name for the CBS. Along with Cultura Trust, the miller, and the preferred partner bakery Breadshare, work is ongoing to re-establish the Corn Mill to serve Warwick Bridge and the wider community. Co-operative and Mutual Solutions, the Plunkett Foundation and the Bright Ideas Fund have all supported the steering group.

To create a sustainable future for the community Corn Mill at Warwick Bridge that will preserve this key local asset for generations to come and enhance a sense of community in Warwick Bridge and the surrounding area.

The Warwick Bridge Corn Mill has been supported by 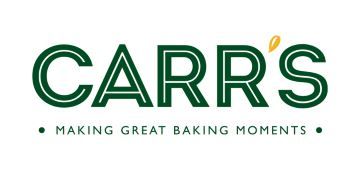 The community benefit society, Warwick Bridge Corn Mill Ltd, is aiming to raise £120,000 through a community share offer to fit out a bakery, which will be run by an experienced social enterprise “Breadshare”.

Breadshare was established in the Scottish Borders and commenced baking in January 2012 with a team of three people in the bakery. They moved their bakery operations to Edinburgh in 2015 where they now have a cafe and bakery in Portobello and a shop in Leith. As a social enterprise, Breadshare is committed to increasing the accessibility of better bread to the community and supporting local food systems.

Here at Warwick Bridge Corn Mill, flour and bread will be produced and sold from wheat sourced as locally as possible and stone ground on site, and along with bread-making classes and mill tours, will support the upkeep of the Grade II* listed landmark as a community resource. To find out more about Breadshare click on the logo above to visit their website.